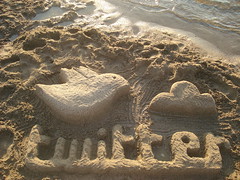 Over the weekend, I received a very flattering comment on my post, 14 Reasons I Won’t Follow You On Twitter [Revisited] from David Spencer, an alternative secondary school educator who has developed Education Paragon, a free educational portal for educators, parents and students.

In his comment, David said he had added my post to his Education Paragon Wiki pages. Naturally, I investigated, and found a wealth of resources on using Twitter.

Many of the posts and articles in his list relate to educators, but many others apply to anyone interested in Twitter, including another that I wrote, Social Media: Never on Sunday? Why you should disconnect for one whole day per week.

Here are just a few of his excellent, ever-expanding entries, by various Twitter folks: