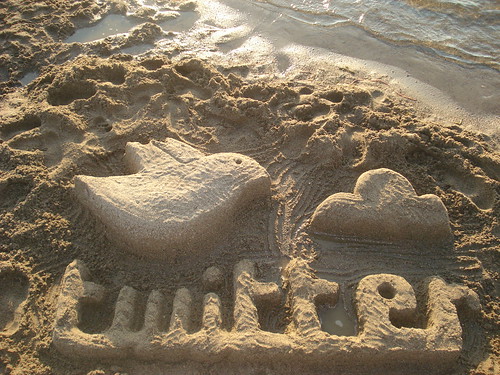 Among the CEOs they looked at who make tweeting part of their daily routine are leaders in marketing, publishing, and retail.

Here’s a taste of the CEOs whose Twitter pages vital signs were assessed and compared, and what they said about how Twitter helps them run their companies:

“I [suggested] it to the rest of the company, initially just to help build our company culture—employees are more likely to meet up outside the office and get a perspective on each other outside the office. Now a lot of customers know [we] are on it as well, and it’s a good way for them to get insight into our personality and culture.”

Recent tweet: “Poll: Is the ‘Naked People’ banner on our home page at http://www.zappos.com offensive? (A customer complained)”

“Twitter is a great way to ‘watch the alpha geeks,’ which is my shorthand way of saying that a lot of what we do at O’Reilly is pay attention to people at the edge and look for technologies that are ready to move from the edge to the mainstream that we can help along by publishing, conferences, magazines, online publishing, or activism. There’s this great William Gibson line that I use all the time: ‘The future is here. It’s just not evenly distributed yet.’ And sometimes we describe what we do at O’Reilly as ‘redistributing the future’ and helping it to get here more quickly.”

Recent tweet: “Raven Zachary, Bill Dudney, and the O’Reilly Conf team working hard on the site for the new iPhone event. Hopefully announce it this week!”

“We tweet about our own industry insights, technology, PR, and more—and people have been receptive and responsive. We feel we’ve earned a new respect as communications professionals in this way. We’ve had the advantage of receiving ‘first mover information’—benefiting both our agency and our clients—by connecting with reporters who often tweet about what their stories are going to be before anyone else knows about them (like this one!) and analysts/influencers—some of whom have shared early insights into reports or other important information that they only offered to their Twitter followers.”

“We use Twitter to help [business-to-business startups beyond the seedling stage] get a read into what topics are gaining traction in the market. We can watch the chatter and gauge early opinions on major moves made by our clients or their competitors. [And] we are monitoring Twitter for our clients to make them aware of customers or users of their products who are talking about them and advising them on the best way to engage those people.”

Recent tweet: “Working with a great exec this afternoon who actually admits he needs help telling his company’s story. Self-awareness is a beautiful thing.”

10 Ways I Use Twitter to Build My Personal Brand

Twitter Personal Branding Strategy — The Beauty of a Re-Tweet