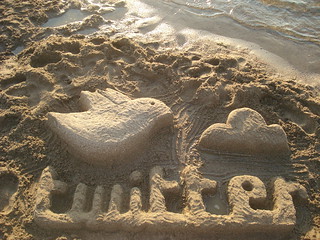 In preparation for an upcoming call to a new client prospect, I Googled his name.

My search revealed that, along with a complete LinkedIn profile, this CMO in telecommunications had a Twitter account.

I was impressed. It’s unusual for the c-suite executives I work with to pay any attention to Twitter.

But then I took a closer look at his Twitter profile. He had only one tweet . . . from about a year ago . . . and was following fewer than 10 people.

When we spoke, he explained his lack of activity. “My daughter told me I had to be on Twitter, so I signed up, but I didn’t have any time for it, and I didn’t know what to do with it.”

I cautioned him that, in his job search, recruiters and hiring decision makers at his target companies would be Googling his name, just as I did, and would land on his Twitter profile, and make some kind of judgement about him because of it.

Merely having an account wouldn’t prove that he was social media savvy, which was his goal. In fact, a Twitter account with no activity could be detrimental to him.

An excellent job search tool, Twitter is a powerful place to:

This CMO’s complaint is one I hear often from executive job seekers – “Twitter is a time-waster”.

Sure enough, unless you have a realistic strategic plan for your social media and brand communications, you’ll get distracted and waste way too much time.

I reassured him that he would benefit from using Twitter if he could devote just 15 to 20 minutes a day . . . or even every other day or so.

In a word, one of the best and quickest ways to tweet is to retweet (RT) others, but retweet with a purpose.

When you RT, always give attribution to the originator by including their @username. You’ll stay top of mind with them because they’ll know when you retweet them.

And a few ways to find quality tweets to retweet: