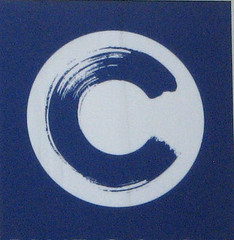 The digital age, the new economy and the new world of work are ushering in a new wave of c-suite roles.

Some sound silly and overly touchy-feely:

But these, and others, are emerging and may be here to stay.

Or at least until the next best thing comes along, in response to future corporate and workplace needs.

Last year in The Atlantic, Deepak Advani, IBM’s VP of Business Analytics Products, suggested the need for a Chief Analytics Officer (CAO), to lead a consolidated center for analytics:

“A big advantage of having a centralized analytics group is that it can ensure that the enterprise is operating from a standardized set of reports, dashboards, and models, which can drive greater alignment and faster decision-making across the enterprise.”

Geoffrey Colon, VP of Social@Ogilvy, noted in an article in The Futurist last summer:

He anticipated the following new roles will shake up the C-suite:

Chief Content Officer – Working closely with community managers, s/he will embrace established and emerging social media when publishing content for the brands they manage across all channels.

Open-Source Manager – S/he will work internally and externally with open-source talent to share best practices and find the best solutions.

Chief Linguist – S/he will stay on top of the latest social media lingo and shorthand expressions, to best communicate with the company’s customers.

Chief Data Scientist – S/he will replace the chief marketing officer or the chief digital officer, both of whom typically lack the analytical skill to understand how to manage the emergence of big data.

In a Forbes article early last year, C Is For Silly: The New C-Suite Titles, Jeanne Goudreau noted that some top organizations have already embraced the trend for new titles at the top executive level:

The article included a photo slide show of six other new c-suite titles now in circulation:

In the same article, Peter Cappelli, a University of Pennsylvania management professor, said:

“Big companies are more likely to take these titles “seriously” with resources and infrastructure, but small businesses may have more leniency and ability to be creative.”